Thousands have Died in Crashes Involving Cell Phone Use –

Many distractions exist while driving, but cell phones are a top distraction because so many drivers use them for long periods of time each day. Almost everyone has seen a driver distracted by a cell phone, but when you are the one distracted, you often don’t realize that driver is you.

New technology in vehicles is causing us to become more distracted behind the wheel than ever before. Fifty-three percent of drivers believe if manufacturers put “infotainment” dashboards and hands-free technology in vehicles, they must be safe. And, with some state laws focusing on handheld bans, many drivers honestly believe they are making the safe choice by using a hands-free device. But in fact, these technologies distract our brains even long after you’ve used them.

Make no mistake: This multitasking technology is about convenience, not safety. 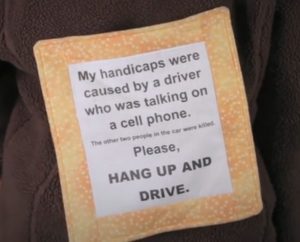 Multitasking is a myth

Driving and cell phone conversations both require a great deal of thought. When doing them at the same time, your brain is unable to do either well. For example, it’s nearly impossible to read a book and have a phone conversation. While driving, this often results in crashes due to delayed braking times and not seeing traffic signals.

We know cell phone-related car crashes are a problem. We just don’t know how big the problem is. Unfortunately, no breathalyzer-like test exists for cell phone use behind the wheel and drivers in crashes are often reluctant to admit use. This creates a huge gap in the data.

Learn more about the challenges

No Safe Way to Use a Cell Phone and Drive

Even when talking hands-free, drivers can miss seeing up to half of what’s around them because they are engaged in a cell phone conversation.