DRIVERS KILLED THE MOST PEDESTRIANS AND BICYCLISTS IN ALMOST 30 YEARS

DRIVERS KILLED THE MOST PEDESTRIANS AND BICYCLISTS IN ALMOST 30 YEARS 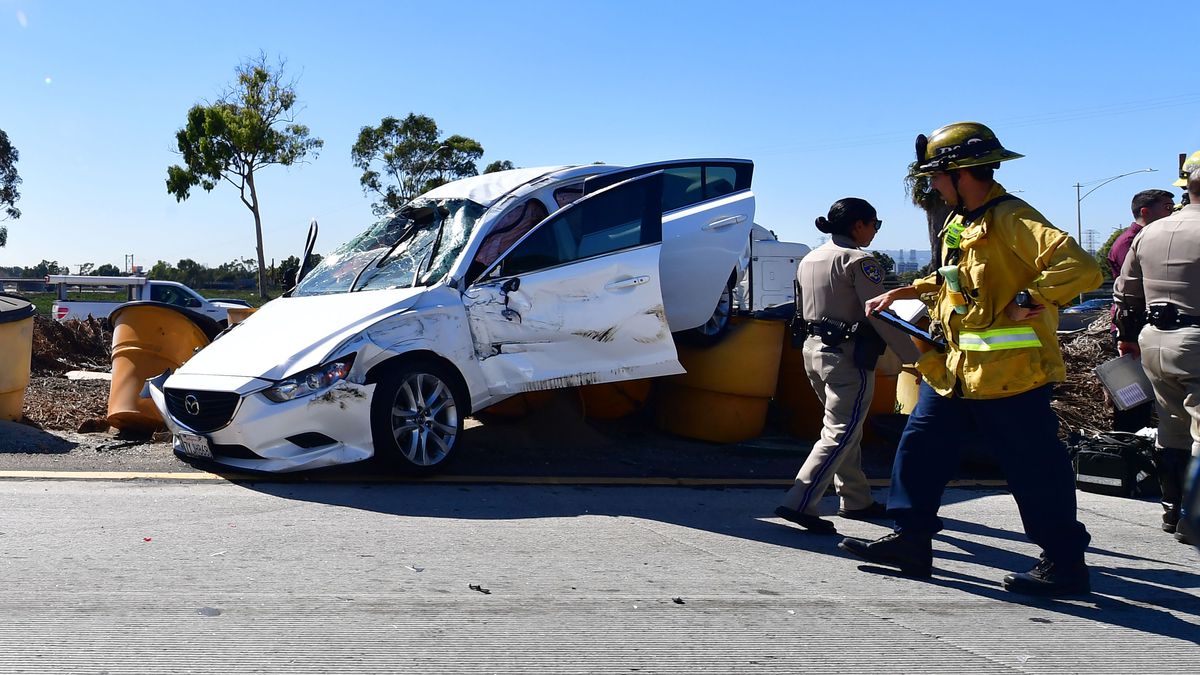 Nearly 36,600 people died on US roadways last year, a decrease of 2.4 percent from 2017, according to recently released figures from the National Highway Traffic Safety Administration. The fatality rate per 100 million vehicle miles traveled also decreased by 3.4 percent, from 1.17 in 2017 to 1.13 in 2018. The NHTSA says it is the lowest fatality rate since 2014.

That all sounds encouraging, but it’s really only good news for those of us driving or riding in cars. Everyone else, especially vulnerable road users like pedestrians and bicyclists, is being killed at an alarming rate. The number of pedestrians killed — 6,283, an increase of 3.4 percent from the previous year — was the highest such number since 1990.

Cyclists are faring even worse: 857 were killed in 2018, an increase of 6.3 percent. Female cyclists are especially at risk: the number of women killed while cycling shot up 29.2 percent in 2018, compared to just 3.2 percent for men.

“It is good news that drivers and occupants have seen a decline, but the increases for cyclists and pedestrians show that a new trend has taken hold where more vulnerable road users are increasingly being killed,” said Angie Schmitt, former national reporter for StreetsBlog who is writing a book about the pedestrian safety crisis. “And it’s not going away.”

THE NUMBER OF WOMEN KILLED WHILE CYCLING SHOT UP 29.2 PERCENT IN 2018, COMPARED TO JUST 3.2 PERCENT FOR MEN

The rise in pedestrian and cyclist deaths, and the overall decline in traffic fatalities, comes at a time when automakers are rolling out more safety technology, such as automatic emergency braking, lane-keep assistance, and pedestrian detection. New cars now come standard with cameras, radars, and other sensors meant to detect imminent collisions or help drivers avoid danger. In some cases, the car will apply the brakes to avoid a crash if drivers don’t react in time.

But new safety technology doesn’t automatically mean fewer crashes. While automakers are getting better at protecting the people who buy their cars, they still aren’t doing enough to minimize the carnage inflicted by their customers. The American Automobile Association (AAA) conducted a series of tests recently using vehicles with automatic emergency braking and pedestrian detection alerts on a closed course with dummy pedestrians. The vehicles struck the dummy pedestrians that were crossing the road 60 percent of the time — and this was in daylight hours at speeds of 20 mph.

New car technology may be hit or miss during the daytime, but at night, it is almost always hit — and it’s specifically pedestrians who are the victims. Of the pedestrians killed in 2018, 76 percent were hit after dark, according to the NHTSA data. AAA’s test of high-tech detection systems found them to be almost completely ineffective at night.

The NHTSA said it was exploring ways to reduce pedestrian and cyclist death rates, perhaps through changes to its vehicle crash test program. Still, the agency sought to highlight the fact that “many” of the pedestrians who were killed by drivers had alcohol in their systems, a fact that rankled some safety advocates. “To the extent that they use it to blame victims, I think it’s harmful,” Schmitt said.

“TO THE EXTENT THAT THEY USE IT TO BLAME VICTIMS, I THINK IT’S HARMFUL.”

Ken Kolosh, who directs the National Safety Council’s statistical reporting and statistical estimating systems, said these statistics highlight the inadequacies in our infrastructure where pedestrians are not appropriately protected from fast-moving vehicles.

“Many of these people were trying to do the right thing by not getting behind the wheel, and may have unwittingly put themselves in a dangerous situation,” Kolosh said. “We need to think as a society about how people are forced to walk in unsafe environments, where vehicles and other vulnerable road users are not appropriately separated or accommodated.”

For years, the number of people killed in rural communities outpaced those killed in cities. But that flipped in 2016, as more people moved to cities and the number of vehicle miles traveled spiked. Urban fatalities increased by 34 percent since 2009; rural fatalities declined by 15 percent, the NHTSA says.

Cities have been slow to respond by making the improvements necessary to separate cars from pedestrians and cyclists, and the federal government has largely been absent, focused more on rolling back vehicle emissions standards than helping cities curb traffic fatalities. A bipartisan coalition in Congress just introduced a bill that would make federal funding available to cities for Vision Zero projects aimed at reducing the number of traffic fatalities to zero. But its unclear what can actually get passed and signed into law by the president given the polarized environment.

“THE CORRELATION BETWEEN VEHICLE DESIGN AND PEDESTRIAN DEATHS IS PRETTY STARK.”

“We need a much stronger federal commitment to the kinds of amenities that keep cyclists and pedestrians safe: things like sidewalks, [Americans with Disabilities Act] ramps, crosswalk work, and bike lanes,” Schmitt said. “And we need federal regulations that finally address how vehicle design impacts pedestrian safety.”

The correlation between vehicle design and pedestrian deaths is pretty stark. Unsurprisingly, SUVs are continuing to wreak havoc on the roads. While the people driving SUVs are slightly safer (1.6 percent decrease in SUV occupant deaths in 2018, according to the NHTSA), the number of pedestrians killed by those drivers has skyrocketed by 81 percent in the last decade, according to a report released last year by the Insurance Institute for Highway Safety.

This is mostly because of the way SUVs are designed: larger bodies and higher carriages mean pedestrians are more likely to suffer deadly blows to the head and torso. Higher clearances mean victims are more likely to get trapped underneath a speeding SUV instead of pushed onto the hood or off to the side.

Speed is also a factor because SUVs have more horsepower than a typical sedan. A recent investigation by USA Today and the Detroit Free Press found that the growing popularity of SUVs accounts for the alarming rise in pedestrian deaths.

“WE SHOULD CONTINUE TO BE CONCERNED ABOUT DISTRACTION.”

But given Americans’ love for their giant SUVs and trucks, it’s doubtful that reports about increased pedestrian deaths will satiate the desire for bigger vehicle types. Driver distraction, while responsible for fewer deaths in 2018, is still a problem. The NHTSA says that the number of fatalities in distraction-affected crashes was 2,841, or 7.8 percent of total fatalities in 2018. That’s a 12.4 percent decrease from 3,242 in 2017.

“We should continue to be concerned about distraction,” Kolosh said. “It’s not just cell phones. It’s all technologies. We’re pretty used to seeing people text at red lights.”

Smartphone manufacturers have introduced a number of new features designed to minimize their use by drivers, but there’s no silver bullet. “Technology got us into this problem and tech can help get us out of this problem to some extent,” Kolosh said. “But it will come down to the individual.”